Alex Kavvadias, is Greek-Australian singer born and raised in Sydney. When he finished high school, he studied acting and advertising. However, in the past few years he has been actively involved with music but he also do some styling and special modeling jobs once in a while. 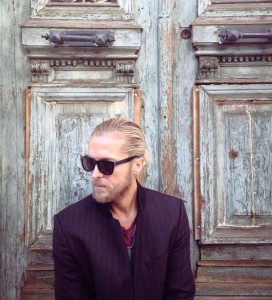 His latest single is called ”In Trust”. The song was written by George Boussounis and George Ginis and it is influenced by 70s glam rock. The hero of the song is the same hero from a “Childish dream” (his previous single) who is facing yet another challenge. ”He has to confront and deal with a personal and socio-political dead end which reflects the current situation in Greece. It is hard to see any hope. There is a dark and lonely path that the hero of the song has to cross so as to discover a new way of seeing  understanding and relating to himself and the world. He has to discover a new way of getting back in touch, revealing and honoring his inner light and truth”, Alex Kavvadias explains.

”Coming to Greece from Australia was a bit of a culture shock especially regarding the services. Things are a lot more organized in Australia. The system works better and customer service is very efficient. When you have something bureaucratic to do, you usually get it done within the hour. This means that you do not waste your whole day, whereas here it can take hours and one might have to spend an entire day sent from office to office until the process is completed”, the Greek- Australian singer, Alex Kavvadias said at thediplomat.gr and Chara Pagkalou. 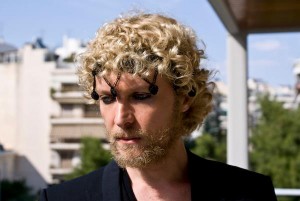 ”Lots of people ask me why I am in Greece and have not gone back to Australia, especially now with the current crisis. I usually say that I prefer Greece because there is something about the Greek lifestyle that gives me a sense of freedom that I have not experienced in any other part of the world. Regardless of the difficult financial situation, I love my social life here and the fact that restaurants and coffee shops close much later than in Sydney. This makes Athens very vibrant and alive. You also have the sea nearby and people seem to be more laid back. For me this counteracts any negative aspects of the country. I prefer this lifestyle rather than a richer lifestyle in Australia away from my country, family and friends. Growing up as a child in Australia I remember that Greek communities made you feel like you were in Greece. The suburb I lived in was like a “little Athens”. Most shops were Greek and it was very easy to find Greek products. We always kept all the Greek customs/traditions and I used to have private Greek lessons and Greek dancing which I loved”, Alex says about Athens. 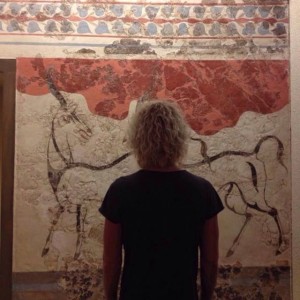 ”As a kid and teen I used to come to Greece on holidays but when I returned back home I used to think that I would live there permanently because I loved Sydney. The system worked, I had a job, free health care and a bright future ahead of me. However, in my 20s on one of my holiday breaks to Greece, something changed inside me and I became very attached to Greece and decided to stay here. Even though I was born and raised in Sydney and I felt it was my home and I went to a multicultural school, I always remember feeling slightly “different” and like a foreigner. Some Australians have a word for immigrants, a “wog”. It’s the same here in Greece because I don’t speak the language very well and people can tell I have a slight accent. Nevertheless, I have found ways to adapt and value my unique background and experiences and I feel that Greece is my home now”, Alex Kavvadias said to explain why has chosen to stay in Greece despite the crisis. 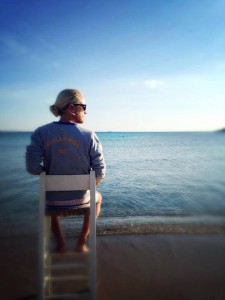 ”I think that the Greek-Australians are very connected to Greeks back home and they have a deep inner need to maintain and nurture that connection. Being updated with what is happening in Greece via newspapers, TV and the social media is essential and reinforces the connection to one’s origins/roots, homeland and relatives”, the Greek-Australian singer, Alex Kavvadias mentioned about the ties of the Greek community in Australia.

”There is a site on facebook for Greek – Australians in Greece and I am a member of it. I see posts that bring back memories from Australia which make me smile. I do have Greek – Australian friends here in Greece. We often get together and talk about what is happening back in Australia. Moreover, it is always nice when I walk down the street and hear Australian tourists speak with their very characteristic Australian accent. It brings back wonderful memories. I also have a handful of friends that I keep in touch with in Australia. They fill me in about what is happening via fb and telephone which I really value”, Alex Kavvadias said about the Greek-Australian community in Greece. 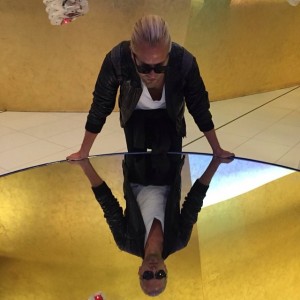 ”I partnered with Dejan Rasic, a multi-award winning Australian Creative Director and MTV EXIT to create a music video with an important message about the dangers of human trafficking. The brief was to raise awareness of the issue and to highlight how traffickers prey on their victims. It became an emotional piece but also served as an educational tool. As an artist, I have the ability to share knowledge in a way people are more likely to respond to. My music can draw on many different emotions and it can be a really powerful communications tool”, Alex said at thediplomat.gr to explain how a musician is concerned by social problems and how music can spread a social message.

Alex Kavvadias wrote down some lyrics about the refugee crisis exclusively for  thediplomat.gr:

”Another day. On the horizon they come.. Their eyes have witnessed so much. Fear left in their past. A new chapter. A new life. At last.”