Μr. Vassilis Kopsacheilis, International relations expert – Geopolitical risk advisor, defines to Chara Pagkalou and thediplomat.gr  the term ”geo-entrepreneur”, explains the main factors that can make a country look attractive in terms of “investment” for geo-entrepreneurs and analyzes particularly the cases of Greece and Cyprus. 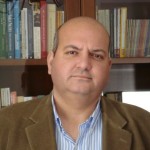 Although the world is radically changing and new actors are able to change the international equilibrium, the conceptual framework of the international relations remains stagnant and inadequate to explain contemporary patterns. Throughout the 20th century, “geopolitics” was the most fashionable notion in geostrategic thinking. In late the 20th century, “geo-economy” was also added. But in the beginning of the 21st century, state-centric notions were inadequate to describe the growing role of private or institutional actors – such as global investors, big banks, credit rating organizations, NGO’s and NPO’s – as shapers of the world order. The term “geo-entrepreneur” was invented in order to describe those people or institutions that their actions slip into world politics and they manage to influence or change the international order. There are two key characteristics that define someone as “geo-entrepreneur”: the economic profit is not his principal concern, and usually the promotion of a “big idea” directs his actions. For instance, Cecil Rhodes was an entrepreneur, but his actions were directed by his vision to defend and promote the British Empire interests in Africa.

To have “assets” is not adequate today and to base your economic strength on natural resources is not the best thing you can do in our contemporary international environment. You should have a broader strategy where the beneficial strategic position and the natural resources are only part of the strategy. The Greek political elites should realize that the world has moved from the “big things” to the “smart things” and you should have a smart strategy to survive and lead in the 21st century. Honestly, I am not sure if Greece has a “Greek proposal” or “strategy” for the next decades, and I think that tactical goals usually perceived as visionary strategies. And this is not only the case of Greece, but it is the norm for several other countries around the globe.

I’m not an expert to tell you what Cyprus should do with her exclusive economic zone or her hydrocarbons, but what I can tell you about Cyprus is that the country should pay more attention on its security in terms both of regional alliances and military strength, and to avoid been trapped with the construction of a natural gas pipeline from the island to the rest of Europe. Instead, they should focus on building LNG stations on the island and to key ports in Europe and the natural gas to be shipped with specialized ships to world markets. A natural gas pipeline will be a problem rather than an “asset” for Cyprus.

The Embassy of Argentina in Greece celebrated Malbec World Day