An event on the comparative analysis of the “Security Issues in Europe’s Southern Neighborhood and in Southeast Asia took place in a hotel downtown Athens, under the auspices of the Hellenic Foundation for European and Foreign Policy (ELIAMEP) in cooperation with the Association of South East Asia Nations (ASEAN) on November 30th. Ambassador of Indonesia, Mr Benny Bahanadewa, Ambassador of Vietnam Tran Thi Ha Phuong and Ambassador of Philippines, Nestor Zipagan Ochoa, attended the seminar.

The objective of the event was to discuss in- depth methods and best practices on security, on the occasion of the Paris terrorist attacks, as well as the Syria turmoil.

In his opening remarks, ambassador of Indonesia Mr Benny Bahanadewa, said that security has attracted the attention of political analysts, due to its importance for survival itself. He also referred to the distinction between hard and mild threat, whereas he emphasised the importance of the seminar as an opportunity for the exchange of views between the two continents. 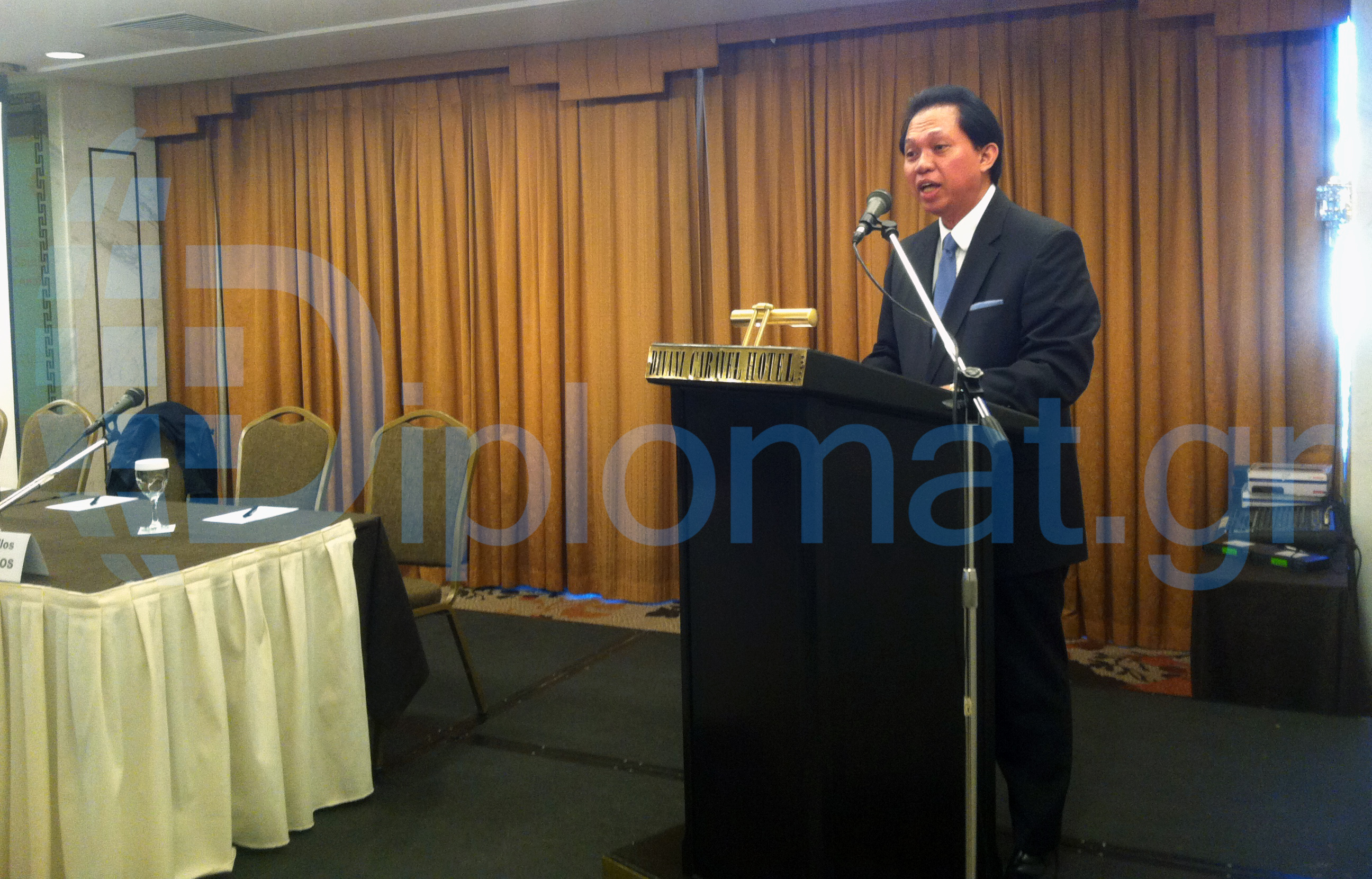 The ambassador of Philippines Mr. Nestor Zipagan Ochoa, said that the end of the cold war was a monumental shift into the thinking of society. He emphasised the fact that security nowadays focuses on humans, whereas he referred to those sectors where security is vital, such as food, health, people, community and environment. Mr Ochoa pointed out the linkages between terrorism and weapons of mass destruction and the threat posing to the human species. 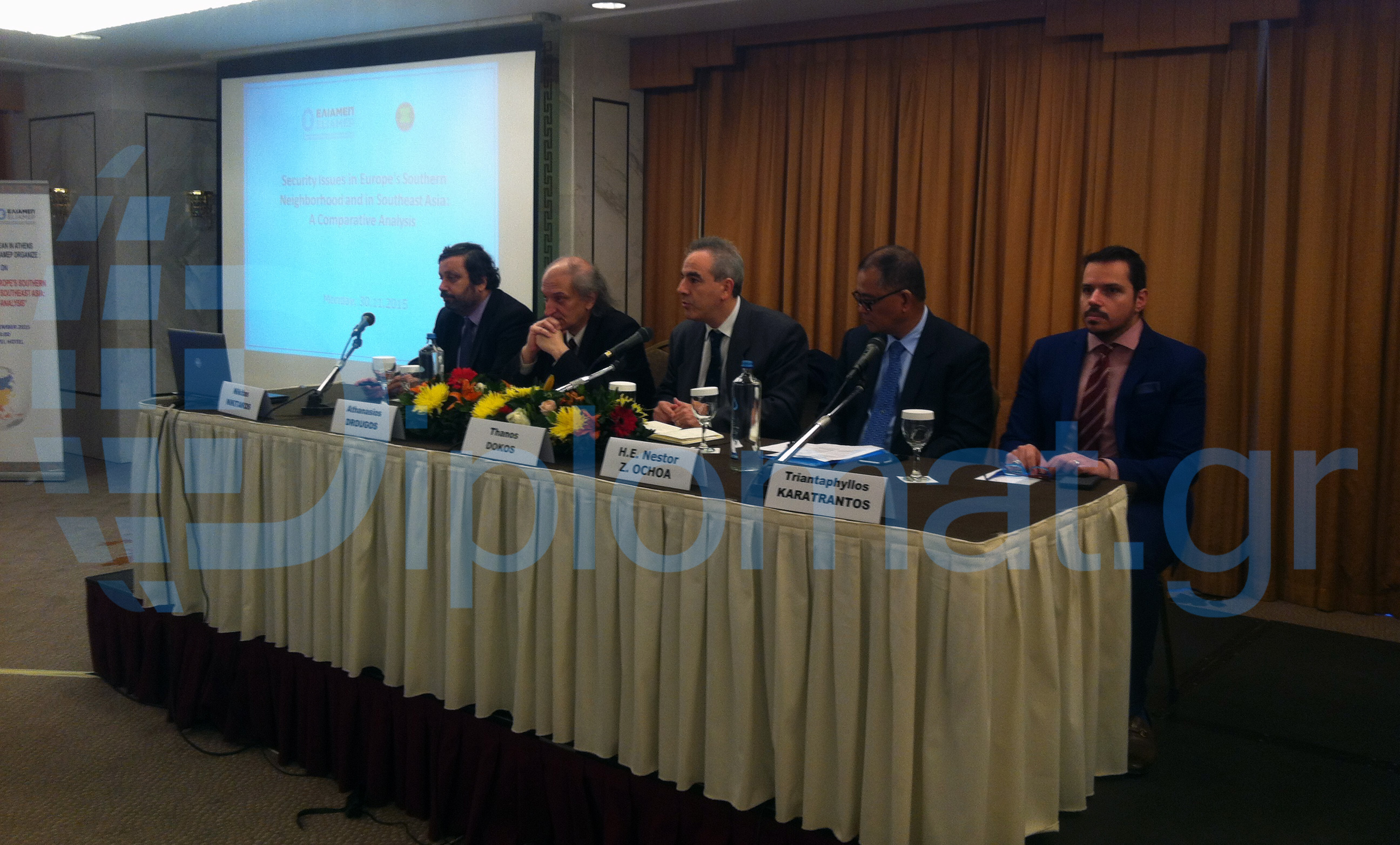 Ambassador Ochoa said that maritime security is crucial and that it is to the international community’s interest to clamp down on piracy, due to its implications on tourism and contraband trade. In his closing lines, ambassador Ochoa emphasised the importance of cooperation and the sharing of effective practices on security.

Military analyst, Dr Drougos spoke about the existence of raised asymmetric threats in the horizon, whereas he expressed fears about global terrorism attacks in the near future. Special reference was made on the “Pivot Policy of the USA” towards China and the Asian countries. “Corruption and terrorism are interrelated” Dr Drougos commented, whilst he said that a few hundred fighters from S.E Asia have joined ISIS. 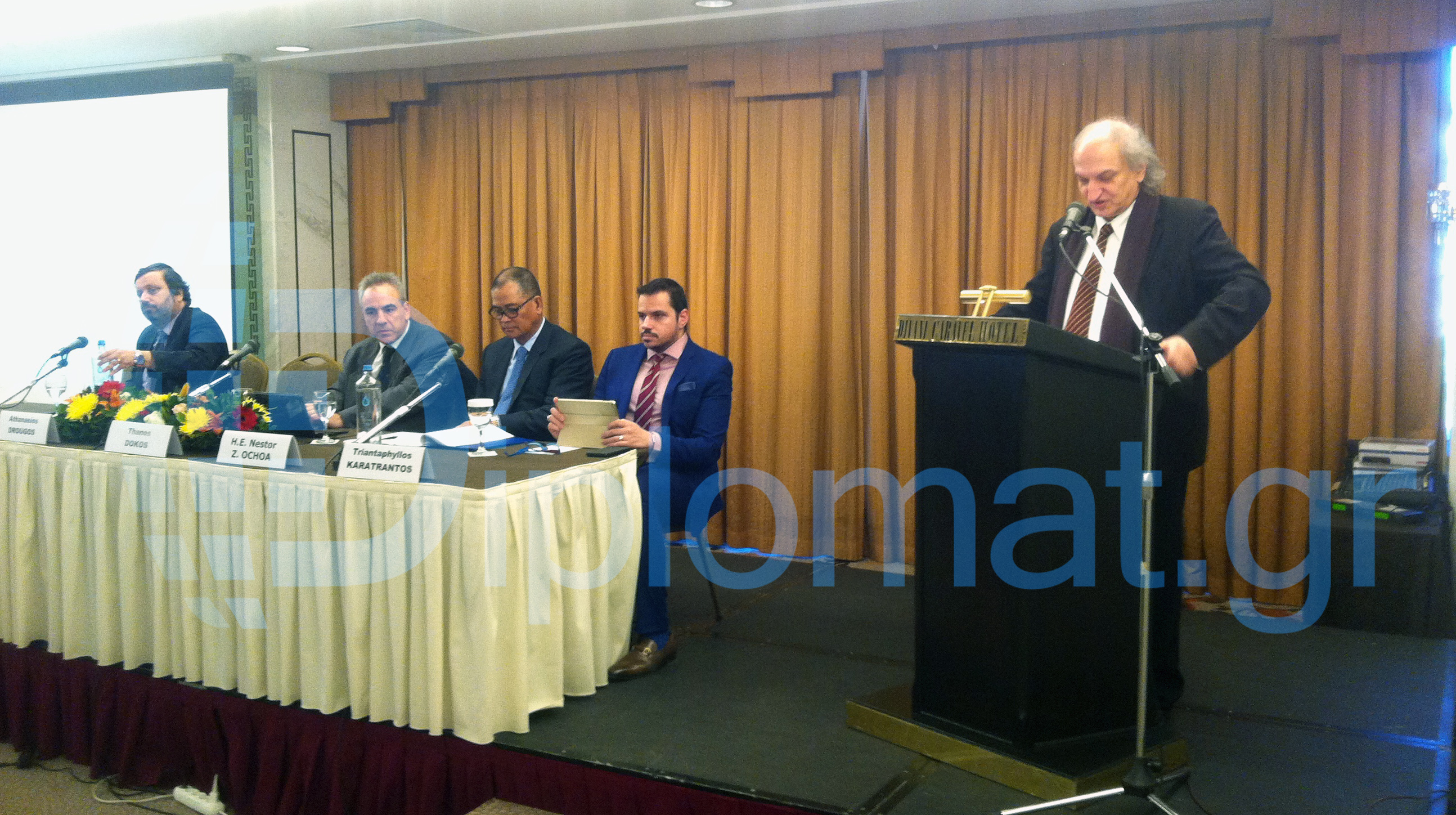 Director General of ELIAMEP, and chair of the panel, Mr Thanos Dokos paid special attention to the importance of terrorism. He also commented that “the major cities of the western world cannot be fully protected. The only solution to this problem is prevention”. Mr Dokos made a clear distinction between the refugee flows to Europe and radical Islamists.

Professor Nikitas Nikitakos, from the University of Aegean specialising in Maritime and Business operation, said that the Malacca straits are extremely vulnerable and open to piracy. The motive of the pirates is to loot and gut the ships’ freight in order to sell it and raise fund. Key to fighting piracy is high surveillance technology and international cooperation. 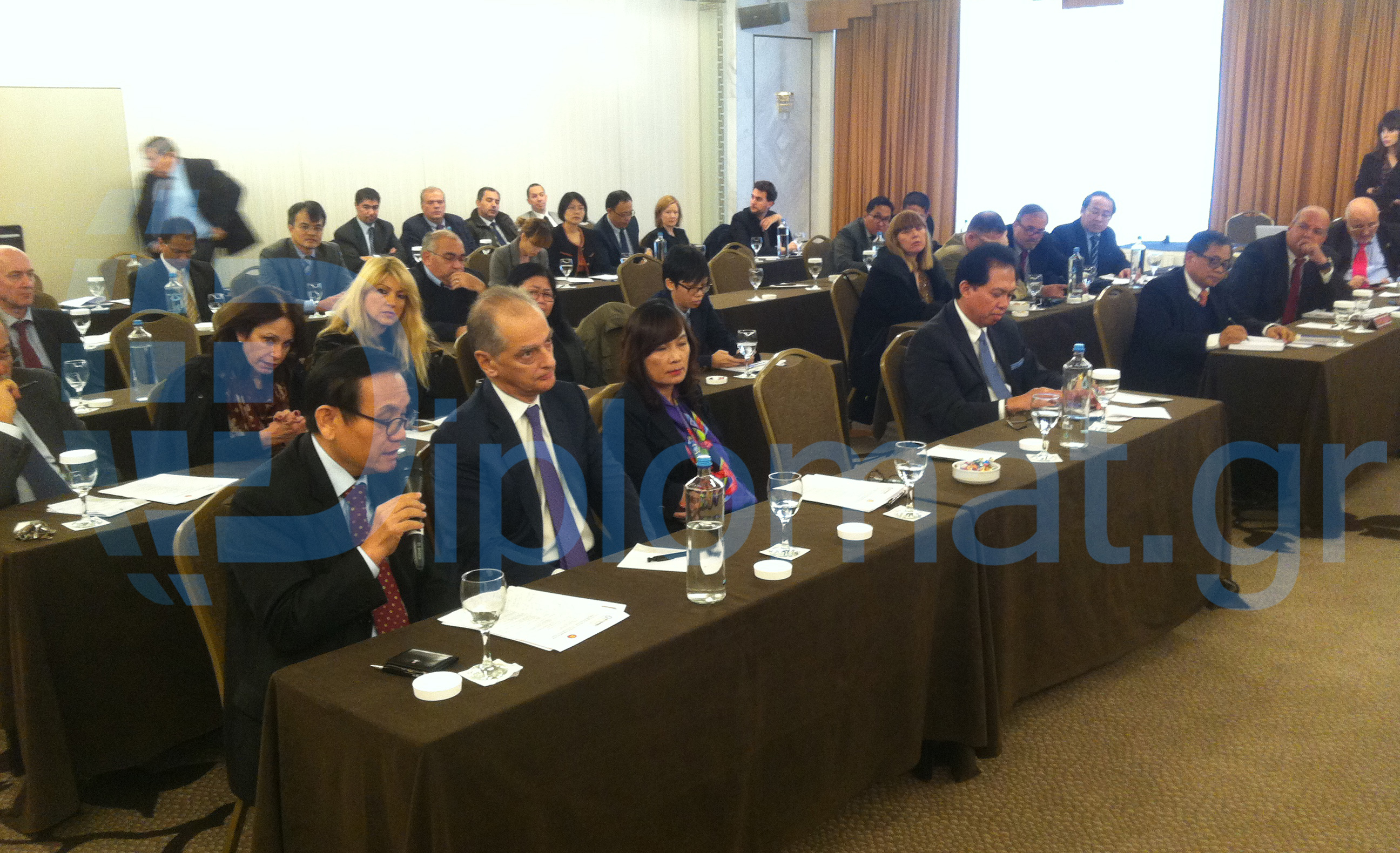 The event also attended representatives for the diplomatic corpse and foreign missions as well as strategic analysts.

The Embassy of the Netherlands welcomed Sinterklaas in Greece [photos]