Following the Council’s formal approval of the deal on 24 November, Parliament adopted the budget by 516 votes to 179, with 8 abstentions. It was then signed into law by President Martin Schulz.

Parliament made sure that all the resources available in the EU’s multiannual financial framework (MFF) will be tapped to deal with the ongoing refugee and migration crisis, which needs to be tackled both within the member states and in countries close to the conflicts from which migrants are fleeing. The agreement includes €1.6 billion on top of the Commission’s original proposal, and meets most of Parliament’s demands.

In a separate vote, on an amendment to the budget for the current year, Parliament asks member states to devote a windfall of €2.3 billion derived from competition fines and higher-than-expected customs duties to finance the shortfall, also €2.3 billion, in meeting their pledges to the Africa Trust Fund (to deal with the root causes of migration) and the Syria Trust Fund (helping refugees and migrants in and near Syria).

Parliament’s priority of enhancing the EU’s competitiveness translates into extra resources for small and medium-sized enterprises (€14.3 million), funds for Horizon2020 (€184.5 million) and funds for the infrastructure tool Connecting Europe Facility (€150 million) to reinstate some of the money previously diverted from them to the Juncker Investment Fund, and funding for the student exchange programme Erasmus+ (€6.6 million).

Parliament also persuaded the Council and the Commission to make a commitment to continue the Youth Employment Initiative, which is currently under review, in 2016 and to keep the level of unpaid European bills at a sustainable level.

During the debate on 24 November, several speakers pointed out that the EU spending priorities set in the EU’s Multiannual Financial Framework (MFF) had to be reconsidered in the light of the changed circumstances since its adoption in 2013. Parliament wants to make the most of such a revision, coming up in 2016. 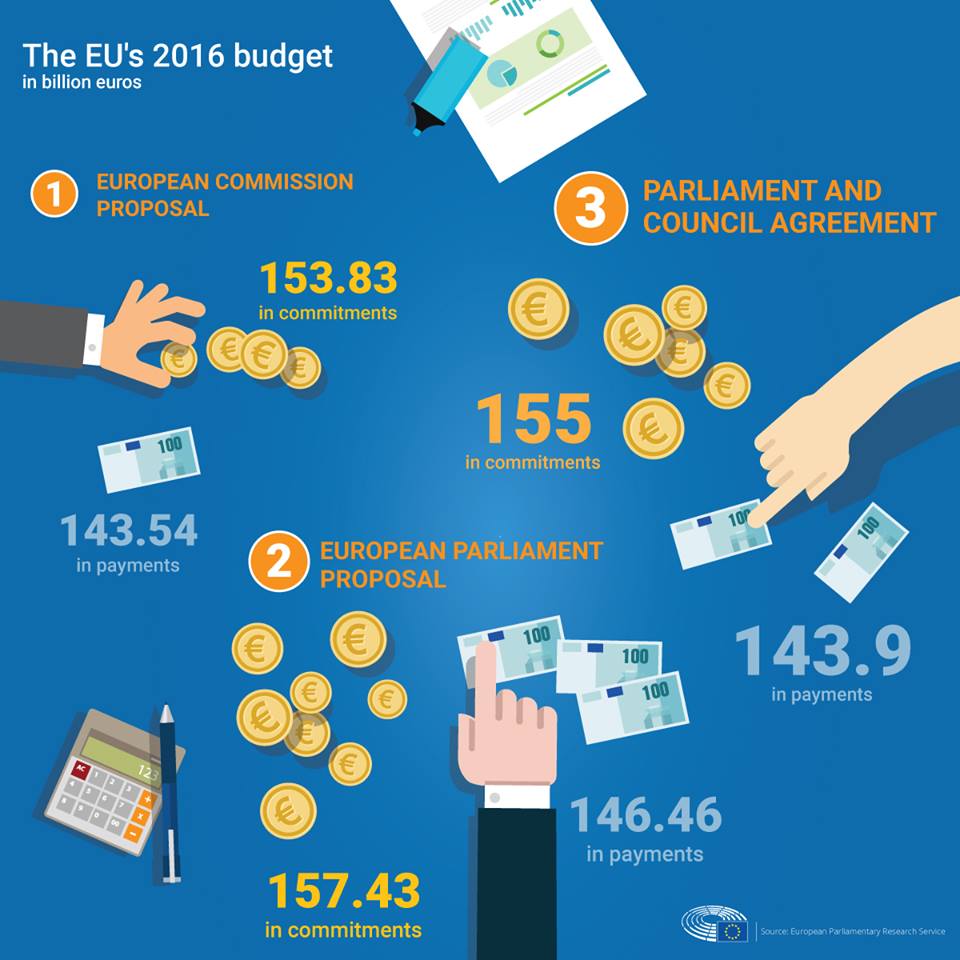