Commissioner Vella announced the winners of the 2016 Natura 2000 Awards. The six winners include projects from Bulgaria, Latvia, Spain, the United Kingdom and cross-border projects from Belgium, France, Greece, Bulgaria, Hungary, Finland and Norway.

The annual Natura 2000 Awards recognise conservation achievements across the EU and raise awareness about initiatives that protect nature across Europe, benefiting citizens’ quality of life as well as the economy on which their prosperity depends.

Natura 2000 is a network of over 27 000 protected sites that covers 18 % of EU land territory and more than 5 % of its marine areas. The aim of the network is to protect and enhance Europe’s natural heritage, securing the long-term survival of Europe’s most valuable and threatened species.

The six winners, chosen from a shortlist of 24 finalists, include projects from Bulgaria, Latvia, Spain, the United Kingdom and cross border projects from Belgium and France as well as Greece, Bulgaria, Hungary, Finland and Norway.

Environment, Maritime Affairs and Fisheries Commissioner Karmenu Vella announcing the winners at a ceremony in Brussels on 23rd May said: “I am once again honoured to recognise the fantastic work undertaken by the winners and all of the finalists in preserving our common natural heritage. These initiatives have gone a long way towards ensuring that nature’s benefits keep flowing for many years to come. This year, over 37 000 people cast a vote for their favourite project to win the EU Citizens’ Award, which is a 50 % increase from last year. This goes to show just how important these awards are for increasing awareness about Europe-wide efforts to promote biodiversity.”

This year, European Citizens’ Award goes to the Spanish conservation initiative to save the Iberian lynx – the world’s most threatened cat species – from extinction. The programme, implemented with the help of funding from the EU LIFE Fund, captured the public attention and won with a total of almost 6 000 votes.

The Conservation Award went to an initiative on Blanket bog restoration in Dove Stone in the United Kingdom, implemented by the Royal Society for the Protection ofBirds and the water company United Utilities. With the help of local volunteers, the project succeeded in restoring a very rare habitat – blanket bogs – in Dove Stone Natura 2000 site and also improved local water quality.

The project For the Balkans and the People: Nature Protection and Sustainable Rural Development in Bulgaria won the Socio-Economic Benefits Award for demonstrating that nature conservation and economic development can go hand-in-hand and are mutually dependant.This initiative implemented by a coalition of NGOs has helped farmers and micro- and small enterprises from the Balkan Mountains to market their products and promote eco-tourism. It has also introduced a “Payment for Ecosystem Services” scheme, which ensures that protecting essential grasslands and water ecosystems provides local businesses with economic benefits. Video

The Communication Award went to the Nature Concerthall project in Latvia implemented bythe Nature Concerthall Association, for their efforts to improve public knowledge about nature and biodiversity in an innovative and artistic way. As a result of unique cooperation between musicians and scientists, artistic events have been organised at or near Natura 2000 sites, dedicated each year to a particular species or habitat. Over the past ten years they have attracted tens of thousands of visitors, improving their knowledge of nature protection, and promoting environmentally-friendly behaviour. Video

The Reconciling interests/perception award goes to the project Creating green corridors for biodiversity under high-tension lines between Belgium and France. Implemented by two electricity transmission system operators, ELIA and RTE with the support of LIFE funding, this initiative tested a nature-based approach to overcoming the challenges of power supply in forested areas. Their approach not only enhanced biodiversity and landscapes, but also made long run economic sense. Video

The Award is open to anyone directly involved in the EU’s Natura 2000 – businesses, government bodies, NGOs, volunteers, land owners, educational institutions or individuals. A total of 83 applications from across Europe were received this time. From these, a shortlist of 24 applications was established. A high-level jury then selected the winners. 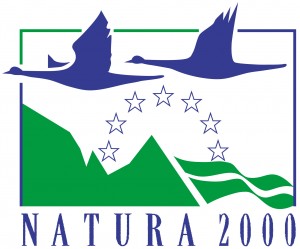