USAID Assistant Administrator for the Middle East, Paige Alexander, USAID Acting Assistant Administrator for Democracy, Conflict, and Humanitarian Assistance, Thomas H. Staal and U.S. Principal Deputy Assistant Secretary of State for Population, Refugees, and Migration, Simon Henshaw, had a Telephone Press Briefing on February 8, 2016 with journalists in order to discuss about last week’s Syria Donor’s Conference as well as U.S. humanitarian, education and development assistance for those affected by the Syria crisis. 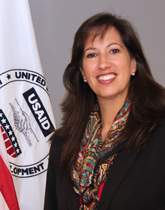 USAID Assistant Administrator Paige Alexander in his opening remarks said that ” The U.S. has committed $601 million in additional humanitarian aid for Syrians.  And more than $290 million in development assistance for education in Jordan and Lebanon. In the last five years, we have consistently been the largest donor of humanitarian aid for Syria and since the crisis began, we have also been working to help the communities taking refugees.  The U.S. total for Syria humanitarian assistance now stands at more than 5 billion U.S. dollars and last year our development assistance to Jordan and Lebanon where we’ve been working since 1951, amounted to $680 million.” 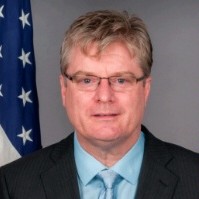 Principal Deputy Assistant Secretary Simon Henshaw in his opening remarks said that ” Last week Secretary Kerry announced that the United States is providing $601 million in additional life-saving assistance for those affected by the war in Syria.  This new funding brings the total U.S. humanitarian assistance and response to this conflict to over $5.1 billion since the start of the crisis’‘. 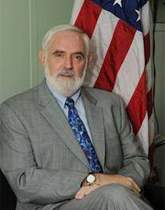 USAID Acting Assistant Administrator Assistance Thomas Staal answered to Sami al-Joundi ‘s (Alwan FM Radio) question concerning the areas which are under siege in Syria and the case that the regime refuses to allow any aid to get through. ‘‘Yeah, this is another situation where we’re very concerned about.  We’ve been working through our partners and primarily the UN Agencies to negotiate with the regime to open up those areas.  We believe very strongly that this, you know it must be unconditional access at all times.  It’s not a sort of negotiating tactic.  It needs to be open humanitarian access and obviously the best way is to use the instruments we have, World Food Program, UNICEF, other organizations that can work across the line.”, Mr. Thomas Staal said.

Chara Pagkalou from thediplomat.gr asked about the amount that the U.S. government plans to provide to Syria to rebuild after the war.

Principal Deputy Assistant Secretary Simon Henshaw answered: ”I would just say that unfortunately we’re not at that point yet.  We look forward to the day that the fighting has ceased and when that day comes, we will call upon the international community to work to assist Syria rebuild but right now we’re focusing on dealing with the humanitarian aspects of this war”.