The Ambassador of the Hashemite Kingdom of Jordan to Greece, H.E. Fawwaz Al- Eitan, talks exclusively to thediplomat.gr and Chara Pagkalou, on the impact of the Syrian crisis on Jordan, Jordan’s contribution to the fight against terrorism, the country’s economy as well as the bilateral relations between Jordan and Greece. 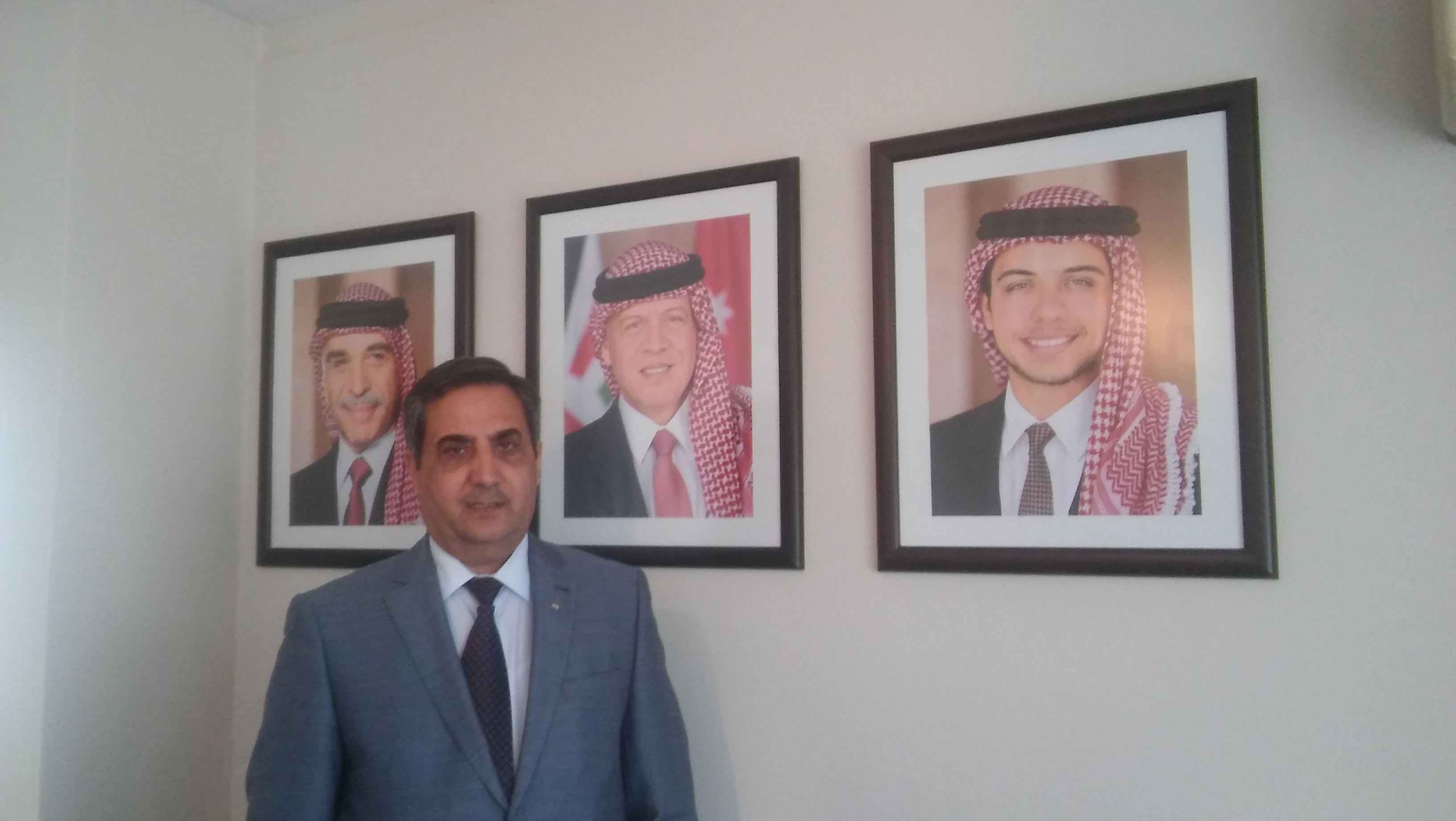 We need to examine the problem at its roots in order to judge whether the up to date EU initiatives are effective or not. As long as the war in Syria continues, the waves of refugees will continue to flow. What we need is a political solution and not bombings, and this goes for any other similar crisis. This was the official stand of Jordan since the beginning of the crisis. We make every effort to reach to a political solution in the region. Even in the Palestinian issue, which is considered to be the root of all crisis in Middle East, since most terrorist organisations in Syria and Libya use as a pretence for their activities the failure to resolve the Palestinian issue.

There are of course other causes, such as foreign intervention in internal matters of countries in the region, or the inability of certain regimes to respond to basic matters, such as the defence of the human rights but also other internal factors.

Jordan is the country that bears the biggest burden of the Syrian crisis, hosting over 1,3 million Syrian refugees on its territory, a number that corresponds to 20-21% of the country’s population, resulting in the significant increase of Jordan’s population in a ratio of 1 to 2.

Turkey also accommodates a big number of Syrian refugees, but in accordance to the population and the economic abilities of each country, Jordan has far exceeded its strengths and its capacity.

Could Germany probably tolerate such a big number of refugees in the same way as Jordan does? Europe is talking about one million Syrian refugees in the whole EU, while Jordan alone already hosts 1.3 million refugees.

The international community must realize that the refugee crisis is not a single country’s problem; this is why Jordan should not bear all this by itself.

The international community is requested to directly support and assist refugees and financially support Jordan in its effort to this direction.

We of course recognise the efforts and support of other countries and organisations, but this covers just 30% of the needs of the country in facing the refugee crisis.

The need to support the humanitarian role of Jordan is quite urgent as, if Jordan collapses, you can imagine the repercussions in the region.

Jordan managed to avoid and prevent terrorism strikes against it, even though it is a moderate target, thanks to the political leadership and the necessary reforms which were adopted, as well as Jordan’s cooperation with other countries in the fight against terrorism.

Jordan has been always in the first line in the fight against terrorism.

Jordan lacks natural resources such as water and energy sources. Its economy is primarily relying on tourism, agriculture, business and human resources. 10% of Jordanians is in Middle Eastern countries, Europe, the U.S. and Australia and they are to a large extent engineers, doctors and business experts, supporting Jordan’s GDP by 25%.

Jordan is considered one of the first countries in the world in the production of renewable energy, which covers 20% of our domestic needs. We aim to promote our efforts in this sector with the construction of auxiliary nuclear reactors.

Jordan produces phosphate fertilisers, agricultural products, which due to favourable weather conditions in winter compared to Europe, are exported to different countries.

Additionally, Jordan is the first country in Middle East in the pharmaceutical industry and the Dead Sea salts are world known for their therapeutic properties.

An important branch of the Jordanian economy is, as I mentioned earlier, tourism (ecological, religious and winter) as Jordan is one of the richest countries in archaeological monuments. The ancient city of Jerash is the best preserved Greek city outside Greece. This is where every summer the well-known Jerash Festival takes place attracting large number of people.

About 2,500 to 3,000 Jordanians live in Greece, most being Greek University graduates and having become Greek citizens.

The bilateral political relations between Greece and Jordan are in an excellent level, whilst the commercial relations have not reached the expected level; the strong foundation on which they are being developed is however established.

We recently witnessed the first trilateral political conference between the General Secretaries of the Ministries of Foreign Affairs of the Greek Republic, the Republic of Cyprus and the Hashemite Kingdom of Jordan, that took place in Nicosia and the three sides agreed the cooperation between them in the sectors of anti-terrorism and security, immigration, culture, tourism, agriculture, energy, health, transportation, Jordan-EU relations, water management, environment protection and interfaith dialogue.

There are, therefore, so many occasions for cooperation that must not be missed out.

Jordan has signed many bilateral commercial agreements with other countries, such as with the United States (Free Trade Agreement). It is actually the third country in the world that has signed such an agreement with the United States, something not done by many European countries. Investors could therefore come to Jordan and take advantage of this opportunity to open up, to the American market in a most beneficial and privileged Jordanian law for investment.

In terms of the Cyprus issue Jordan supports a peaceful solution in the framework of international law.

I will answer with a question. Is the Christian population in Jordan facing any problem? Why, therefore this question is raised in Europe? The issue is political; not religious. If religious rights are given to Muslims, there will be coexistence in harmony. These people came to Greece to be rescued, not to promote their religion. It will be good for all of us not to be drawn into religious issues. 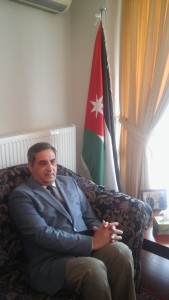 The assignee Ambassador of the Hashemite Kingdom of Jordan to Greece, H.E Fawwaz Al- Eitan has studied Political Science and International Relations in Panteion University and holds a high degree in Political and Diplomatic Studies from the University of Jordan (Amman). He speaks Arabic, Greek, English and French.

EU provides €83 million to improve conditions for refugees in Greece